Last week, our firm obtained non-molestation and occupation orders through the English court to protect a British woman living overseas who had been subjected to physical and mental abuse by her husband.

Sadly, the current restrictions telling people to stay indoors are likely to exacerbate issues of domestic violence, as more people at risk from abuse are forced to stay indoors with their abusers.

An estimated 1.6 million women and 786,000 men experience domestic abuse in England and Wales in 2019 according to the office of national statistics. Domestic violence or abuse will also take place within British expatriate families living overseas.

What is Domestic Violence?

Some types of abuse are not physical, such as:

How to Protect Yourself

There are also remedies through the Courts, for example to obtain a non-molestation order or occupation order. These orders can be made to last for several months or longer. If the person subject to the non-molestation order breaches it, this is a criminal offence punishable with up to five years imprisonment. Most London courts remain open and urgent matters such as these will be dealt with by a judge through a remote hearing via telephone or video link. The application can be made very urgently, even on the same day as the abuse took place.

You can seek a non-molestation or occupation order against an ‘associated person’. An associated person may not be a husband or wife. It could be a partner, relative, friend or someone who lives in your house.

What if I Live Overseas?

If you are a British expatriate living overseas, you may still be able to obtain non-molestation and occupation orders through the English court. This will be important if the courts in the country in which you live are no longer functioning.

If your safety or that of a child is at risk, you should call the police in the place in which you live. The British Consulate will be able to assist you with details of refuges or charities that will provide support.

What is a Non-Molestation Order?

A non-molestation order is used to stop someone ‘using or threatening violence against another person or child, or molesting a person in any way.

Behaviour that harms, troubles, vexes, annoys or inconveniences an associated person or any relevant children.

Molestation can be direct and includes a range of behaviour, such as:

Molestation can also be committed indirectly, including:

A non-molestation order can also be used to keep a person away from a particular place such as the area around a home or a workplace.

For an application to be successful there must be evidence:

Non-molestation orders can do the following:

What is an Occupation Order?

An occupation order can give you the right to remain in a home, or can order another person to be excluded from the home. An occupation order can also order a person to meet certain obligations for a home such as pay the rent or mortgage. It is often used to exclude a husband or wife from their home, when there have been incidents of domestic violence against the other spouse. Non-molestation and occupation orders are often made together. 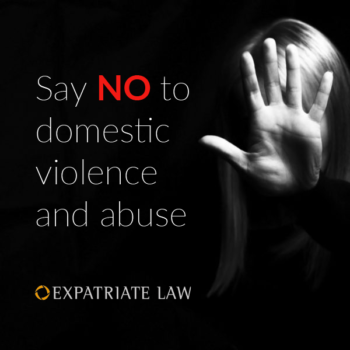 Family Law during the Coronavirus Pandemic: Advice for British Expats 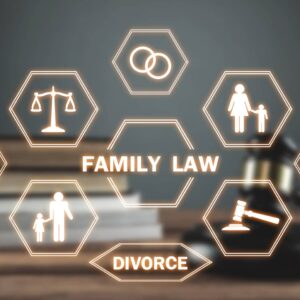