Where to divorce if you live in South Africa

If you are a British expat living in South Africa and you are considering divorcing or separating from your spouse or partner, you will be wondering where to begin and what law will apply to you. You may think that you need to divorce in the country in which you were married; this is not the case. If you or your husband/wife were born in England, or have connections to England, you may be able to divorce through the English courts. You can read more about whether you can divorce in England on our jurisdiction advice page. If you contact us, one of our lawyers will telephone you without charge to give advice whether you can divorce in England.

We advise British clients throughout the southern hemisphere, and assist them to divorce through the English courts, and achieve a financial settlement under English law.

We have also assisted many unmarried clients in South Africa to seek financial support from their partner. These claims can include maintenance, provision of school fees for a child, provision of a home and other capital claims. Unmarried expatriates can make use of the Schedule 1 claim procedure through the English courts. These claims can include an order that one parent provide the legal fees for another parent.

Our lawyers advise on a range of children disputes involving British expat families living in South Africa. Our lawyers can advise on and draft a parenting plan for families requiring assistance post separation, or can assist to implement safeguards for children visiting or relocating to South Africa. We have assisted clients whose children have been abducted to England from South Africa, and have secured the children’s safe return.

Using the Family Laws in South Africa to Resolve Disputes

Sometimes, British expats living in South Africa may not have jurisdiction to divorce in England, or they may be advised that divorcing in South Africa will lead to a more favourable financial outcome. For those expats considering divorce in South Africa, it is important to note that financial claims can be made in England after a divorce abroad under Part III Matrimonial and Family Proceedings Act 1984. When choosing to divorce abroad, careful advice should be taken about the potential claims that can be made in other countries, so that the right protective measures can be taken.

Domicile of South Africa can be acquired by an expat who is physically present or resident and who intends to remain settled there for an indefinite period of time. The expat must not intend to return to their previous domicile. There are a number of factors the South African courts will consider in determining whether a new domicile has been acquired. In essence, it is a factual enquiry. However, there is a presumption against change of domicile from one’s domicile of origin and the onus rests on the party alleging the change to prove it on a balance of probabilities.

There are two recognised causes of divorce in South Africa:

There is no minimum requirement in terms of the duration of the marriage, as there is in England, and operates as  a no-fault system.

Unlike in England, the divorce process is not a separate one. All claims – whether financial or children related – have to be dealt with in the divorce itself, albeit the South African courts will generally only have jurisdiction in respect of minor children (i.e. those under the age of 18) if they are resident in South Africa, unless an agreement is reached between the parties in respect of the children’s arrangements and the parties are simply asking the court for an order to reflect this.

The Children’s Act 38 of 2005 and supporting regulations govern all children arrangements (apart from maintenance), in which the best interests of the child are paramount. Married parents both automatically have full parental responsibilities and rights.  A parent may be awarded primary or shared residence of any minor children, with specific contact rights. In addition to care and contact, any person with parental responsibilities and rights has a responsibility to contribute to the maintenance of the child.

It is important to note that both parents’ consent is required for the removal of any minor children from South Africa, whether for a holiday or permanent relocation.  If one parent refuses to consent, an application must be made to the High Court for consent, even if it is only for a holiday. In the event a parent removes a child without the consent of the other parent or order of the High Court, this may constitute ‘child abduction’. South Africa is a signatory to the Hague Convention on child abduction. Therefore if an expat parent relocates with the child or children to another Hague signatory country (such as England, France, Germany, US), without the consent of the other parent or the court, the left behind parent may seek orders for the child’s immediate return to South Africa.

In terms of South African law, an adult retains the domicile he or she had immediately prior to the attainment of majority status (i.e. the age of 18), unless he or she abandons his or her previous domicile, by acquiring a new domicile of choice. Once domicile has been established, the continued presence of the person is not necessary for the retention of domicile. Accordingly, a South African expat retains their domicile of origin in South Africa provided they intend to return and ultimately remain in South Africa. Whereas, an intention on the part of a person to settle indefinitely in another country coupled with his or her physical presence there, will result in the acquisition of a domicile of choice and the abandonment of the previous domicile.

In South Africa, it is common for couples to enter into an ante-nuptial contract governing the proprietary consequences of the marriage. This enables them to choose under what matrimonial property system they wish to be married:

Where a couple marries without entering into an ante-nuptial contract, they are automatically married in community of property.

Generally speaking, under community of property, the couple has a single joint estate, so that they become joint owners of all the assets and liabilities, whether acquired before the marriage or during the marriage. Consequently, on divorce, there will be an equal division of the joint estate, unless a forfeiture of benefits is ordered under certain strict conditions, such as that the marriage has been a very short one. If parties are married in community of property, creditors will sue both of them for any debts, even if incurred by only one spouse.

In the event a couple do not wish to share each other’s assets and debts to any extent on divorce, they must specify in the ante-nuptial contract that they wish to be married out of community without the accrual system.

Aside from the proprietary consequences of the marriage, in certain circumstances a spouse can apply for spousal maintenance if they are divorcing in South Africa, and this will be determined in accordance with South African law, regardless of the husband’s domicile at the date of marriage. However, the South African courts rarely award generous or long term spousal maintenance and place emphasis on encouraging both parties to support themselves. Difficulties can also arise in relation to the enforcement of any maintenance orders abroad, depending on whether or not there are reciprocal enforcement agreements in place.

Whether you are a British expat residing in South Africa, or a South African expat residing abroad, careful consideration should be given as to where would be the best jurisdiction to commence divorce proceedings.  Jurisdiction is complex, and the wrong advice can lead to costly disputes and unnecessary litigation. Getting jurisdiction right ensures the best possible financial outcome.

With thanks to Beverley Clark at Clark’s Attorneys in Johannesburg, South Africa for her assistance with the preparation of this article. Please contact Beverley at admin@clarks.co.za or on +27 (0)11 783 1066 if you are an expatriate in South Africa requiring advice on South African family laws. 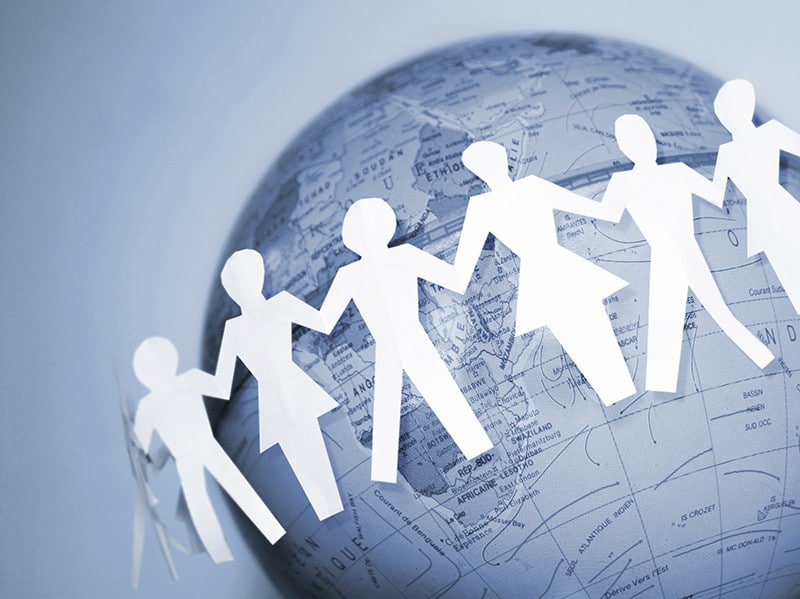