Where to divorce if you live in Indonesia

If you are a British expat living in Indonesia and you are considering divorcing or separating from your spouse or partner, you will be wondering where to begin and what law will apply to you. You may think that you need to divorce in the country in which you were married; this is not the case. If you or your husband/wife were born in England, or have connections to England, you may be able to divorce through the English courts. You can read more about whether you can divorce in England on our jurisdiction advice page. If you contact us, one of our lawyers will telephone you without charge to give advice whether you can divorce in England.

We advise British clients across Southeast Asia, and assist them to divorce through the English courts, and achieve a financial settlement under English law.

We have also assisted many unmarried clients in Indonesia to seek financial support from their partner. These claims can include maintenance, provision of school fees for a child, provision of a home and other capital claims. Unmarried expatriates can make use of the Schedule 1 claim procedure through the English courts. These claims can include an order that one parent provide the legal fees for another parent.

Child Disputes and Abduction in Indonesia

Our lawyers advise on a range of children disputes involving British expat families living in Indonesia. Our lawyers can advise on and draft a parenting plan for families requiring assistance post separation, or can assist to implement safeguards for children visiting or relocating to Indonesia. We have assisted clients whose children have been abducted to England from Indonesia, and have secured the children’s safe return.

Using the Family Laws in Indonesia to Resolve Disputes

Sometimes, British expats living in Indonesia may not have jurisdiction to divorce in England, or they may be advised that divorcing in Indonesia will lead to a more favourable financial outcome. For those expats considering divorce in Indonesia, it is important to note that financial claims can be made in England after a divorce abroad under Part III Matrimonial and Family Proceedings Act 1984. When choosing to divorce abroad, careful advice should be taken about the potential claims that can be made in other countries, so that the right protective measures can be taken.

Jurisdiction for Divorce in Indonesia

A party can file divorce proceedings in Indonesia court if one of the married couples:

Under Law Number 1 of 1974 on Marriage (“1974 Marriage Law”), a marriage conducted in Indonesia becomes valid if it is done in accordance with one of the recognised religions and beliefs in Indonesia. The House of Representatives currently recognises six religions:

Grounds for Divorce in Indonesia

In accordance with the 1974 Marriage Law and the accompanying 1975 Marriage Regulation, a divorce may only be granted if one of the following categories is met:

Grounds for divorce stated above applies to Muslim couples and Non-Muslim Couples, however, for Muslim Couples, the Islamic Law Compilation (this is a compilation of Islamic practices in Indonesia used currently as a guidance instead of a binding regulation in religious courts proceedings) stipulates 2 (two) other grounds for divorce for Muslim couples besides grounds stated in points (1) to (6) above:

Pursuant to Article 39 of 1974 Indonesian Marriage Law, a divorce can only be done before the Court after the Court tries and does not succeed in reconciling the couples. For Non-Muslim couples, divorce proceedings must be done through a divorce law suit submitted either by the husband or wife or his/her representative to the general court.

Pursuant to Article 65 of Law No. 7 of 1989 on Islamic Religious Court as lastly amended by Law No. 50 of 2009 (“Religious Court Law”), divorce can only be done before the Court after the Court tries and does not succeed reconciling the couples.

Under Religious Court Law, there are 3 (three) types of divorce procedure in the religious courts:

Law suit regarding divorce consequences, such as: child custody, child living costs, wife living costs, and joint assets distribution of husband and wife, can be submitted together with the thalak divorce application, or with divorce law suit or after the thalak vow has been declared or after the divorce proceedings has become final and binding.

If a divorce occurs, the joint property shall be split in half between the husband and wife. This is applied for non-Muslim couples and Muslim couples.

A child below 18 years old or never been married shall be under authority and supervision of the parents. The parents shall represent the child’s interest in any legal action before or outside the court. Custody may be held jointly or solely according to the Court’s decision and based on case by case basis.

Once a divorce is concluded and granted, 1974 Marriage Law indicates the following consequences:

A child below 21 years old and never been married shall be under authority and supervision of the parents. The parents shall represent the child’s interest in any legal action before or outside the court.

In the case of divorce:

In Indonesia, divorce must be done and decided by the Court; however, the Court has the obligation to hold a mediation between husband and wife at initial proceedings and the Court also shall always try to reconcile the couples throughout the Court proceedings.

Divorce in Indonesia cannot be done through signing a document stating that both husband and wife agree to divorce – it must be done through court decision. However, as for divorce result matters, the couples may sign an agreement regulating divorce consequences, such as: joint property distribution, child and wife living costs and mut’ah as long as the terms and conditions do not contravene with prevailing laws and regulations. For this agreement to have an execution power, the agreement can be restated into a Court’s decision (as requested by the parties) therefore the parties shall be obliged by the Court to comply with the agreement.

What is a Prenuptial Agreement?

A prenuptial or pre-marital agreement is a written contract made between the soon-to-be-husband and the soon-to-be wife which is legalised by the marriage registration officer. Indonesian law permits the couple to construct the agreement as they see fit, as long as the content shall not violate any law, religion, and morality.

I am planning to get married. Do I need a prenuptial agreement?

This depends on a number of factors.

A prenuptial agreement is advisable to have if you want to regulate matters regarding marriage and divorce differently than what the Indonesian law has already regulated. For instance, Indonesian law regulates that all assets acquired during the marriage becomes joint assets of husband and wife. Any transfer of joint assets requires a spousal consent. Thus, you need a prenuptial agreement if you want to have a separation of assets and flexibility to transfer your assets without the need to ask your spouse’s consent.

Why do I need a prenuptial agreement?

There are many reasons a couple considering marriage might consider it advisable to have a prenuptial agreement, among others:

Are premarital agreements only for the rich?

Not at all; a prenuptial agreement is necessary for any married couple wishing to regulate, among others, their rights and obligations, the assets management, the income distribution during the marriage and after the marriage ends.

What happens if I don’t have a prenuptial agreement?

If you do not have a prenuptial agreement, Indonesian law will determine who owns the assets that both of you acquire during the marriage, the distribution of income, the rights and obligations of husband and wife, when the marriage ends.

What does Indonesian law say about marital assets in a multinational marriage between an Indonesian and an expatriate?

Is there any other requirement for the prenuptial agreement to be valid?

I am considering a prenuptial agreement. What should I do next?

The next step is to meet with a lawyer to assist you during the drafting, negotiation, and registration process of a prenuptial agreement.

This article was prepared and drafted by Yuliana Pertiwi Siagian and Gesiu Nicholas Manurung, partners and founders of NP Consultant Indonesia (www.np-consultant.com).

NP Consultant is an Indonesian law firm offering the highest quality standard of local law expertise. The team consists of lawyers with excellent law academic background and international exposure working experience. They have assisted many renowned international and local individuals and corporations.

For advice on divorce and family law matters in Indonesia, kindly contact: 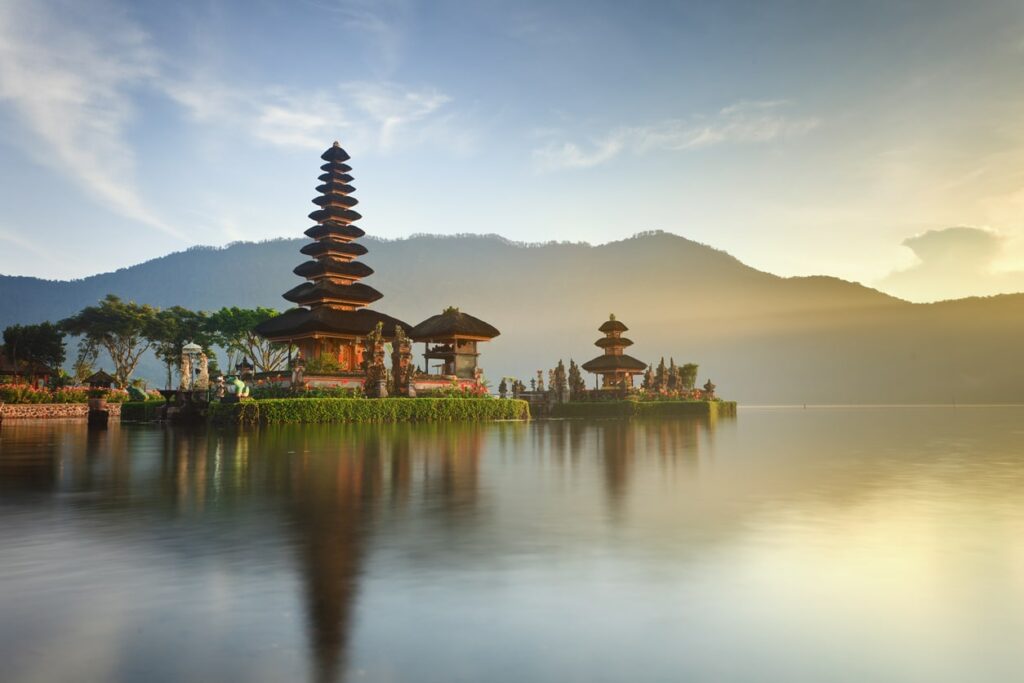