This article sets out the applicable law and procedures for expats wishing to divorce in Malta. The article includes details the financial provision available for expatriates divorcing in Malta, as well as the provisions available for children.

Where to divorce if you live in Malta

If you are a British expat living in Malta and you are considering divorcing or separating from your spouse or partner, you will be wondering where to begin and what law will apply to you. You may think that you need to divorce in the country in which you were married; this is not the case. If you or your husband/wife were born in England, or have connections to England, you may be able to divorce through the English courts. You can read more about whether you can divorce in England on our jurisdiction advice page. If you contact us, one of our lawyers will telephone you without charge to give advice whether you can divorce in England.

We have also assisted many unmarried clients in Malta to seek financial support from their partner. These claims can include maintenance, provision of school fees for a child, provision of a home and other capital claims. Unmarried expatriates can make use of the Schedule 1 claim procedure through the English courts. These claims can include an order that one parent provide the legal fees for another parent.

Child Disputes and Abduction in Malta

Our lawyers advise on a range of children disputes involving British expat families living in Malta. Our lawyers can advise on and draft a parenting plan for families requiring assistance post separation, or can assist to implement safeguards for children visiting or relocating to Malta. We have assisted clients whose children have been abducted to England from Malta, and have secured the children’s safe return.

Using the Family Laws in Malta to Resolve Disputes

Sometimes, British expats living in Malta may not have jurisdiction to divorce in England, or they may be advised that divorcing in Malta will lead to a more favourable financial outcome. For those expats considering divorce in Malta, it is important to note that financial claims can be made in England after a divorce abroad under Part III Matrimonial and Family Proceedings Act 1984. When choosing to divorce abroad, careful advice should be taken about the potential claims that can be made in other countries, so that the right protective measures can be taken.

The concept of divorce has been introduced in Malta only recently, with the promulgation of Act XIV of 2011. Previously the Maltese Courts were only able to issue a decree of separation but could not grant divorce to the same parties. This was due to the fact that the concept of divorce was deemed to go completely against Maltese public policy. Nonetheless, foreign divorce judgements and annulment were enforceable in Malta

The legal changes came about as a result of months of heated debate and a referendum where the majority of the Maltese electorate expressed their desire to introduce divorce into its corpus of laws. However, the new laws had to reflect the fundamental safeguards of child protection, maintenance guarantees and the principle that divorce is only granted upon the absolute certainty that no hope exists for reconciliation. The spirit of Maltese divorce law was encapsulated in the question posed in front of the electorate stating the following:

‘Do you agree with the introduction of the option of divorce in the case of a married couple who has been separated or has been living apart for at least four (4) years, and where there is no reasonable hope for reconciliation between the spouses, whilst adequate maintenance is guaranteed and the children are protected?’.

Article 66B of the Civil Code, Chapter 16 of the Laws of Malta, states that a divorce can be requested by one or both of the spouses, and that three requirements must be ascertained by the courts before this request shall be granted.

Firstly, whilst a deed or decree of separation is not a requirement for the successful institution of a divorce plea, the spouses must have lived apart:

Secondly, there must be no reasonable prospect of reconciliation between the spouses. This is given practicable effect in a number of ways by the legislator. The parties may be required to visit a mediator for the purpose of attempting reconciliation, and where this is achieved, the parties are encouraged to come to an agreement on a number of issues, including care and custody, maintenance and other financial considerations. Only should spouses fail to reach an agreement through the mediation process, may the parties then proceed to litigation to conclude their divorce. This normally does not take place when there is a formal separation between the parties.

The third and final aspect the Court will consider prior to granting divorce is the adequate maintenance of the spouses and children involved. The Court must be satisfied that, where it is due, maintenance obligations are being observed by the parties.

The introduction of divorce in Malta meant that Maltese law now also caters for the recognition of foreign divorce decrees. The Marriage Act, Chapter 255 of the Laws of Malta, states that a decision or other official act of a foreign court or foreign competent authority on the status of a married person, including a divorce decree, shall be recognised for all purposes of law in Malta if the decision is given by a court or a competent authority of the country in which either of the parties to the proceedings is domiciled or of which either of such parties is a citizen. This must however be a decision of a judicial nature as non-judicial divorce decrees will not be recognised.

As a Member State of the European Union, Malta provides for the recognition and enforcement of judicial divorce decrees originating from other Member States in accordance with the Brussels II bis Regulation. These rules are based on the principle that recognition and enforcement of judgements should be based on the principle of mutual trust, and the grounds for non-recognition should be kept to the minimum required. Due to these rules, the Maltese authorities are bound to process applications for the recognition and enforcement of divorce decrees originating from a Member State without any special procedures, meaning that they will be enforced in the same way a Maltese judgement would. However, this remains subject to the exceptions in Articles 22 and 23. These exceptions include the situation where the recognition of a particular divorce decree would be manifestly contrary to public policy or where the decree is irreconcilable with an earlier judgement recognisable under Maltese law given in a Member or non-Member State with respect to the same parties .

Before Malta’s accession to the Union, the enforcement of all divorce decrees was governed by the Code of Organisation and Civil Procedure (hereinafter referred to as “the Code”), Chapter 12 of the Laws of Malta. The rules contained in the Code now apply to the enforcement of non-Member State divorce decrees. Article 826 states that any judgment delivered by a competent court outside Malta and constituting a res judicata may be enforced by the competent court in Malta, in the same manner as judgments delivered in Malta, upon an application containing a demand that the enforcement of such a judgment be ordered. Therefore, upon an application by one or both parties a divorce decree will be enforced in Malta if the judgement:

The Code also makes reference to the British Judgements (Reciprocal Enforcement) Act, Chapter 52 of the Laws of Malta. This Act provides for the enforcement of British judgments and divorce decrees in Malta It states that if a judgment has been obtained in a superior court in the United Kingdom, the party may apply to the Court of Appeal within twelve months after the date of the judgment, or such longer period as may be allowed by the said Court of Appeal, to have the judgment registered in one of the superior courts of Malta.

Furthermore, Maltese law allows for the enforcement of maintenance orders in reciprocating countries through the Maintenance Orders (Reciprocal Enforcement) Act, Chapter 242 of the Laws of Malta. In virtue of this Act, an application may be made to the Maltese Courts so as to enforce a maintenance order against a person residing in a reciprocating country. However, it must be proved that the Maltese Court in question would have had jurisdiction to make a maintenance order if that person were domiciled in Malta and that the summons to appear before the court to answer to the demand had been duly served. The Court may then proceed to make a maintenance order as if the summons had been delivered and the defendant had been contumacious. The order, which is provisional in nature, is then given effect.

In conclusion, over the past few years Maltese law has sought to cater for a number of situations that may arise when persons are seeking to either be granted a divorce judgement or have a foreign divorce decree recognised and enforced. Due to the interplay of both EU and domestic legislation, EU nationals may easily avail of the simplified procedures in this regard. Furthermore, persons domiciled in Malta and Britain also benefit from the legislation that is in place to facilitate the enforcement of judgements between the two islands, rooted in the legal and cultural historic ties between both nations.

This article was kindly prepared by Malcolm Mifsud, of Mifsud & Mifsud, Malta: 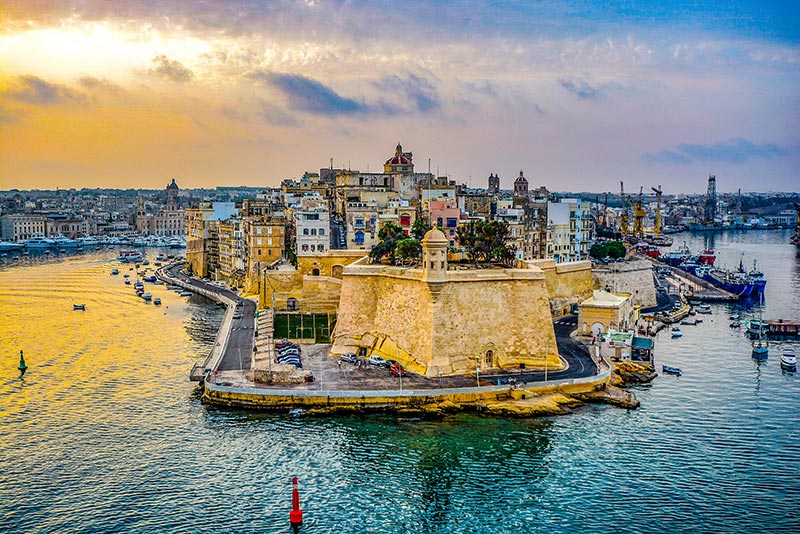