British Expat Divorce in China: Where to start.

This article sets out the applicable law and procedures for expats wishing to divorce in China. The article includes details the financial provision available for expatriates divorcing in China, as well as the provisions available for children.

Where to divorce if you live in China

If you are a British expat living in China and you are considering divorcing or separating from your spouse or partner, you will be wondering where to begin and what law will apply to you. You may think that you need to divorce in the country in which you were married; this is not the case. If you or your husband/wife were born in England, or have connections to England, you may be able to divorce through the English courts. You can read more about whether you can divorce in England on our jurisdiction advice page. If you contact us, one of our lawyers will telephone you without charge to give advice whether you can divorce in England.

We advise British clients across China and assist them to divorce through the English courts, and to achieve a financial settlement under English law.

We have also assisted many unmarried clients in China to seek financial support from their partner. These claims can include maintenance, provision of school fees for a child, provision of a home and other capital claims. Unmarried expatriates can make use of the Schedule 1 claim procedure through the English courts. These claims can include an order that one parent provide the legal fees for the other parent.

Child Disputes and Abduction in China

Our lawyers advise on a range of children disputes involving British expat families living in China. Our lawyers can advise on and draft a parenting plan for families requiring assistance post separation, or can assist to implement safeguards for children visiting or relocating to China. We have assisted clients whose children have been abducted to England from China, and have secured the children’s safe return.

Using the Family Laws in China to Resolve Disputes

Sometimes, British expats living in China may not have jurisdiction to divorce in England, or they may be advised that divorcing in China will lead to a more favourable financial outcome. For those expats considering divorce in China, it is important to note that financial claims can still be made in England after a divorce abroad under Part III Matrimonial and Family Proceedings Act 1984. When choosing to divorce abroad, careful advice should be taken about the potential claims that can be made in other countries, so that the right protective measures can be taken.

A brief summary of the family laws in China

The following article was prepared by Attorney Ningning Zhao, the Partner of Jincheng Tongda & Neal Law Firm, PRC. Ms Zhao is highly experienced in international family cases and has practised law in China for more than 10 years. Ms Zhao has written and had published books entitled Legal practice of International Family Cases (Published by Law Press-China, 2015) and The Lawyer’s Practice in Civil Litigation (Co-author, Published by Law Press-China, 2014).

I have found that in more than ten years of practice in international family law, I am frequently asked “As an expat, can I divorce in China?”. More and more expats are moving to live in China. After making the difficult decision to divorce, they have to consider where and how to do it. Some expats consider returning to their home country for divorce, but some consider divorcing in China where they have been habitually residing for a long time as they consider it to be more convenient for them.

Jurisdiction for International Divorce in China

Under Chinese laws, there is no prohibition for divorcing until you have been married for a certain length of time, as there is in some countries (for example to divorce through the English courts you must be married for 1 year or more). In China, even if you married yesterday, you are entitled to apply for divorce today if you believe your marriage has irretrievably broken-down. However, if a husband and wife do not agree to divorce, the Chinese court may suggest reconciliation. However, the possibility for the Chinese court to accept a divorce application will depend on satisfying the court’s jurisdiction. In order for British and other expats to divorce within the Chinese courts, one of the following jurisdiction criteria must be met:

Grounds for divorce in China

In addition, a divorce shall be granted if one party to the marriage is declared to be missing and the other party files an action for divorce because of this.

In a summary, during the course of divorce proceeding, the party who is the applicant for divorce should provide enough evidence to prove that the marriage has broken down irretrievably.

While processing a divorce, the Chinese courts may also make orders concerning marital assets and arrangements for any children.

Correctly drafted prenuptial agreements or marital agreements will be followed by the court. Where the parties do not have a prenuptial or marital agreement, the Chinese court will generally respect a mutual agreement in relation to family assets and maintenance that has been reached between the parties. If an agreement cannot be reached, the Chinese courts will impose orders to divide assets, provide maintenance for any children, and set out arrangements for the children’s care.

The main principle followed by the Chinese courts is that the ‘children’s best interests’ must be taken in to account. This applies to domestic and international family cases. Within contested divorce proceeding, parents are required to file evidence in support of their application for child custody, for example. The Chinese court would also ensure that the rights and duties of the non-custodial parent are taken into account.

How long does expat divorce in China take?

Under the Procedural Law of PRC, a domestic case that is settled using the summary procedure takes between 3 and 6 months. In international cases that may involve service of documents overseas, and collection of evidence overseas, the length of the divorce may be more. In addition, for cross-border family cases, the period within which a judgment can be appealed is 30 days, whereas for domestic cases it is 15 days.

Ms Zhao has the following accolades:

Attorney Ningning Zhao may be contacted as follows: 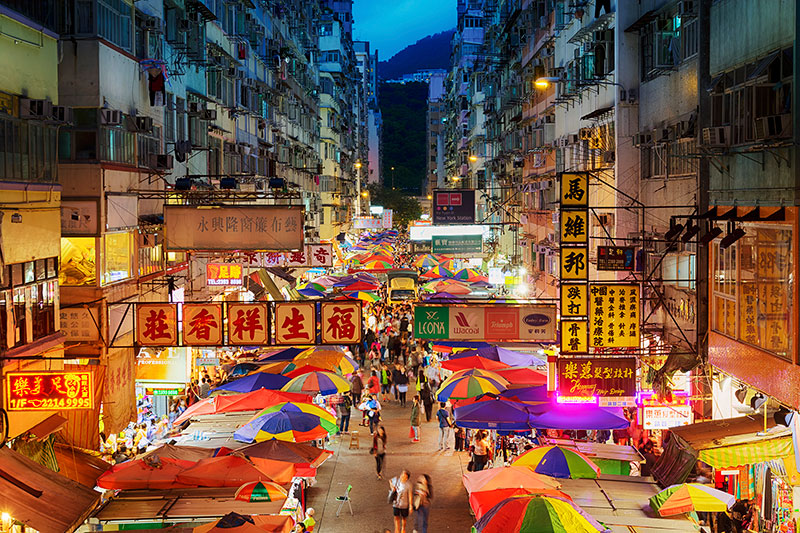