For richer or poorer … and in writing – The National 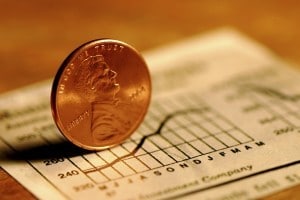 Expat divorce is on the rise

Alexandra Tribe talks to Andrea Anastasiou from the National Newspaper about prenuptial agreements for British and other expats.

“Data from the Dubai Statistics Centre shows that divorce is on the rise – the number increased by 10 per cent between 2009 and 2010, and 13 per cent between 2010 and 2011. For expatriate couples, there was a 31 per cent jump in divorces last year.

The statistics, coupled with the fact that couples are getting married older – with established careers and personal wealth to safeguard – mean increasing numbers are drawing up pre-nups before heading down the aisle.

“We have had a 30 per cent increase in inquiries from April 2012 to April 2013, including for pre-nups,” says Alexandra Tribe, a family law solicitor at Expatriate Law. She cites a 2010 case in the United Kingdom’s Supreme Court when a German heiress won her case to enforce her pre-nup, limiting her former husband from gaining access to her wealth as being a cause in the rise in demand.

“It seems that since the [Katrin] Radmacher case in the UK, there is more clarity under English law about the enforceability of pre-nups and that is likely to have made the idea more popular. People are more certain now that their pre-nup [under English law] would be enforced than before so that will have no doubt caused some of the increase,” Mrs Tribe adds.

Read the full article in The National newspaper here: For richer or poorer … and in writing – The National