At long last the change that we have all been waiting for is finally on the horizon. On 6th April 2022, the no fault divorce law will come into effect. This means that spouses and civil partners will be able to legally obtain a divorce without having to blame the other person or separate for a significant length of time. Under the new law, a party will no longer be able to contest the reason behind the divorce / dissolution proceedings unless for jurisdiction, validity of the marriage, fraud or coercion or procedural compliance.

The new law will keep the sole ground for divorce proceedings which is that the relationship has irretrievably broken down. It will remove the obligation to establish a fact to prove irretrievable breakdown of the marriage or the civil partnership. Presently, one party must blame the other party for the breakdown of the relationship if they do not want to wait by separating for a number of years. Currently, they must choose one of three facts which are adultery, unreasonable behaviour or desertion. If none of these apply, then they can either agree to separate for a period of two years or if one party does not agree then the other option is to separate for five years. The current English legal system has meant that individuals have felt railroaded into blaming the other party if they do not want to wait to begin the divorce or dissolution process. This can lead to proceedings becoming unnecessarily acrimonious from the outset as the Respondent can feel very hurt when presented with contentious particulars to support the ‘unreasonable behaviour’. This can hinder constructive negotiations regarding children and finances.

The new no fault divorce law will remove the need of having to blame one party. A key change within the new law is that it allows both parties to make a joint application if the decision to divorce is mutual. Alternatively, one party can still take the lead and they will be named as the Applicant in the proceedings, currently known as the Petitioner. However, it should be noted that the new law does not mean that you can obtain a divorce immediately as there will be a six month cooling off period from the date of issuing the petition until the divorce has been finalised. First, there will be a 20 week period from filing the divorce petition to the Conditional Order being made, currently known as the Decree Nisi. Then there will be a further six week wait between the making of the Conditional Order and when the Final Order is granted, currently known as the Decree Absolute. The reason for the cooling off period is to give the parties time to reflect that divorce is the only option for them and to finalise any children and financial matters. This means that the new divorce process may take longer than before.

These are substantial and very much welcomed changes that family law practitioners have been pioneering for many decades. It is hoped that the new law will help to alleviate the inevitable tension during divorce / dissolution proceedings and save individuals substantial costs and time.

It should be noted that the one year bar will remain in that spouses cannot petition for a divorce in the first year of marriage.

How to divorce using the new law

Divorce petitions will continue to be filed and issued online via the HMCTS portal and the current fee to lodge a petition is £593, it is not known yet whether this will change when the new law comes into effect in seven weeks. It is anticipated that the new ‘no-fault’ divorce law will considerably help divorcing couples separate with less hostility and enable them to be more productive with co-parenting and reaching a financial settlement.

If you would like to speak to someone further regarding this subject, then please contact Sophie Capo-Bianco at sophie@expatriatelaw.com 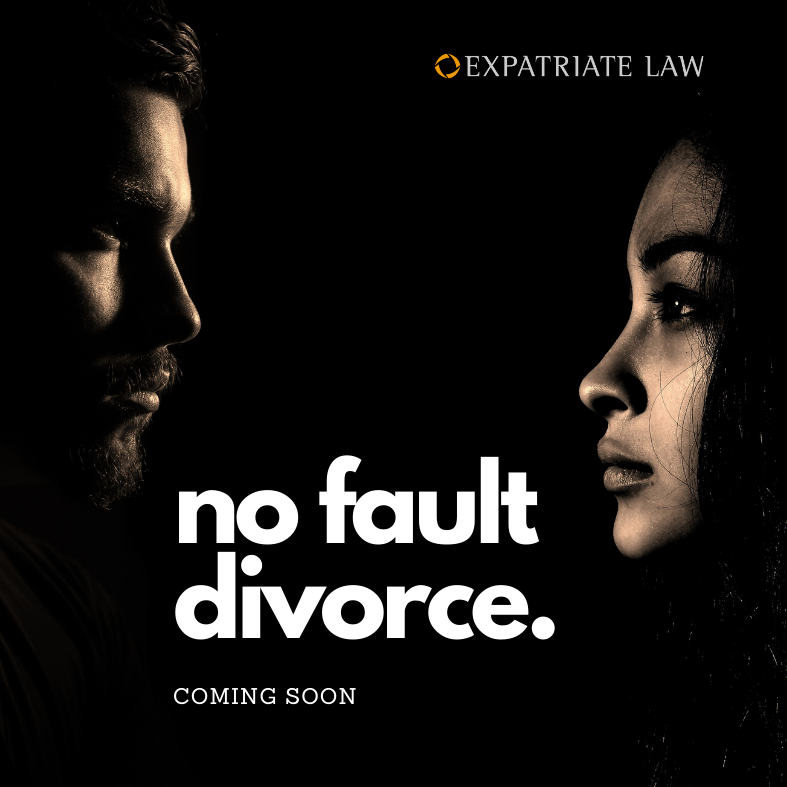 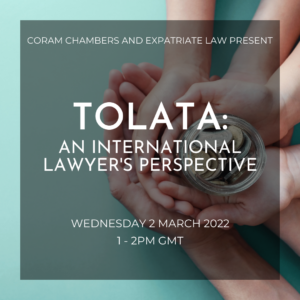 An International Lawyer's Perspective on TOLATA