The Promise of a Property – What Are Your Rights? 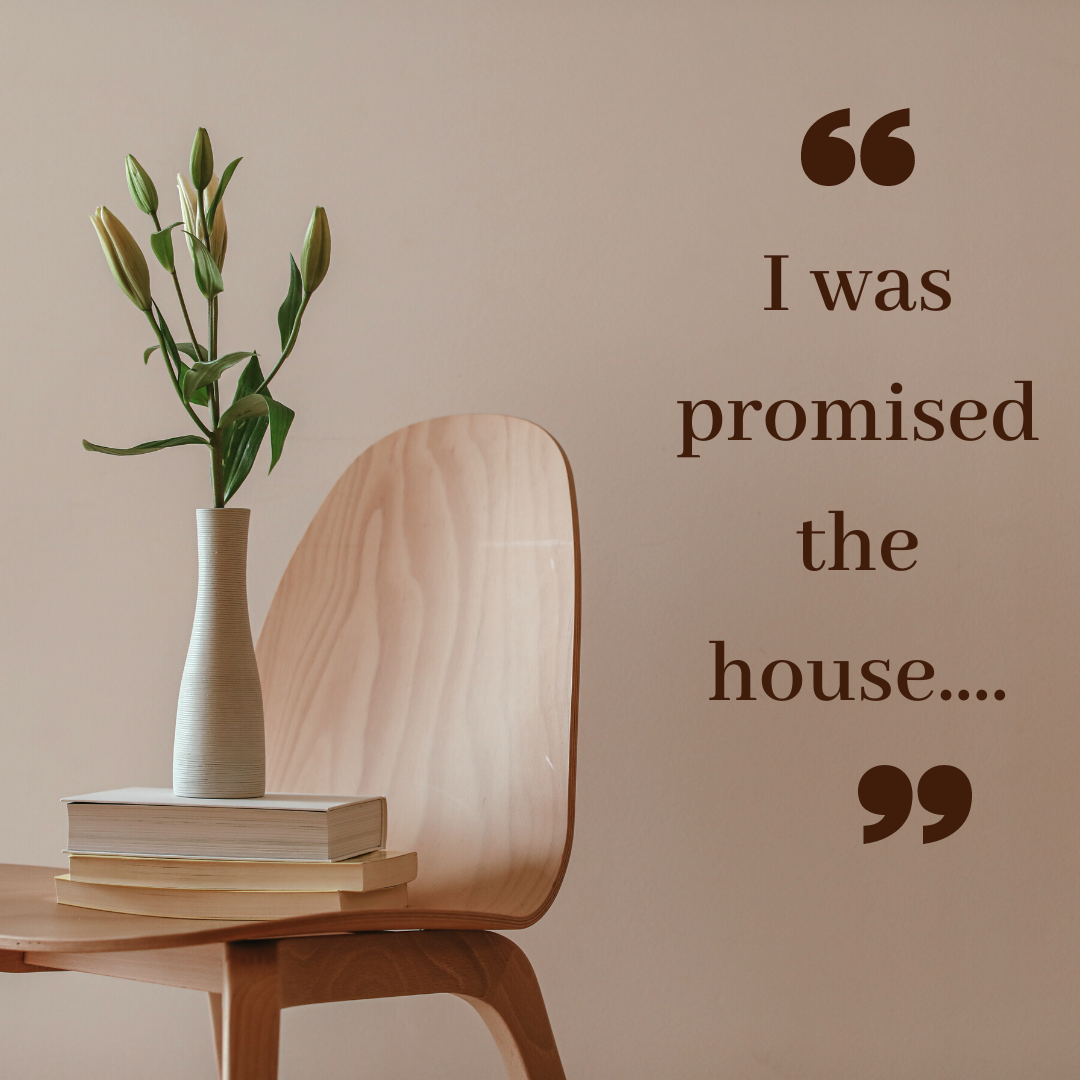 If someone promises you a property or an interest in a property, what can you do if they go back on their promise? This area of law is called ‘Proprietary estoppel’.

Proprietary estoppel allows the Court to stop a property owner from claiming their legal rights when it would be unjust to permit them do so. Proprietary estoppel claims often arise within family disputes, where undocumented or casual arrangements concerning property rights go wrong.

What must you show?

The case of Thorner v Major [2009] established three central elements that one must prove in order to bring a proprietary estoppel claim:

Proprietary estoppel allows an individual to claim an interest in land or asset that was promised to them by the owner, where the claimant relies on the promise and suffers as a result of the reliance.

Cases involving the promise of property

Below are some of the most well known cases relating to beneficial interest and proprietary estoppel.

In the case of Gillett v Holt [2001], Holt reassured Gillett on many occasions that on his death, the farm would be left to him. The relationship between them later soured and Holt executed a Will where Gillett did not receive the farm. Gillett brought a claim for proprietary estoppel. It was argued that there had been no conclusive promise made by Holt who was able and had the right to change his mind if his situation changed. However, the Court found in favour of Gillett as he had acted in reliance on Holt’s promise. This made Holt’s promise irreversible.

The case of Habberfield v Habberfield [2018] confirmed that to establish a proprietary estoppel, the relevant assurance must be ‘clear enough’ in the context. Encouraging a belief, or even acquiescence, can be sufficient. In this case, a claim was brought on the basis that the claimant’s parents had assured her a number of times that she would take over the farm within their lifetime. Although the assurances were ambiguous, the judge held that, in context, they were clear enough to convey that there should be a transfer of the property to her.

In the case of Thompson v Thompson [2018], the claimant, Gilbert Thompson, left school as a teenager to work full-time on his father’s farm, and continued to do so. He fell out with his mother following his father’s death and stopped working on the farm. Gilbert was successful in claiming the farm, as the judge found plenty of documentary evidence to show that Gilbert had acted in reliance of the promise, and suffered detriment by relying on it.

Informal promises and arrangements can, later down the line, tear a family apart. The facts of the above cases show someone can succeed in claiming a property that they are promised. However, each case will turn on its own merits. Plenty of evidence is required to show that a promise was made, that the person relied on the promise and suffered negatively as a result of the reliance.

This article was written by Dariya Skerratt, a paralegal in our London office. This article should be seen as guidance and not legal advice. Please seek legal advice on your situation from a lawyer in our team, if these issues are relevant to you.