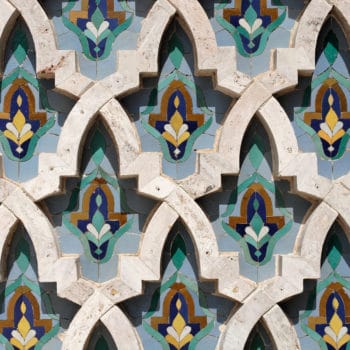 The implications of Sharia Law for Expatriates

Many Muslim countries are growing exponentially as expatriate hubs, such as the United Arab Emirates, Qatar, Bahrain and Oman. In the United Arab Emirates, the expatriate population significantly outweighs the local Emirati population.  Whilst these countries are modern and contemporary in many ways, the local laws reflect culture and tradition and are based on Islamic Sharia. Many expatriates move abroad oblivious to the fact that they are subject to the laws of the country in which they are living.

Recent family cases involving expatriates in the UAE have flooded the press, and have highlighted the need for advice to be made readily available to expatriates at an early stage, so that appropriate agreements or safeguards can be put in place prior to a dispute.

In the UAE, it is possible for non-Muslim expatriates to ask for the laws of their home countries to be applied by the courts of the UAE. However in practice foreign laws are rarely applied for contested court applications. A Judge has discretion as to whether foreign laws should be applied, and will apply the local UAE laws where foreign laws cannot be readily interpreted.  All foreign laws to be applied need to be translated in to Arabic before being put before the court (statutory and case law provisions). This is an onerous and costly task, carrying a risk that the true meaning of the laws is lost in translation. Foreign laws cannot be applied where the parties are of dual nationality.

Commonly expatriates will not have jurisdiction to deal with children matters in the court of their home countries, and have no option but to use the legal system of the country in which they are now resident. In the event of a dispute, expatriates are often surprised that the local laws apply to them.

Below I will set out some key considerations for expatriates living in the Middle East.

Statutory provisions in the UAE state that in general following divorce, the mother will become the ‘custodian’ of young children, and the father the ‘guardian’. Guardianship involves supervising, protecting, educating and preparing a child for life, and (when required) giving the necessary consent for the child to marry. The guardian makes the decisions regarding a child’s schooling, or medical treatment for example. Guardianship involves guiding the child in the right direction in terms of morals, right and wrong, education and religion. The custodian is responsible for the nurture and care of the child, and for meeting the child’s day to day needs. The custodian is entitled to have the child live with them. Statutory provisions set out that in the majority of cases, the mother will have custody of young children. Unless the court orders otherwise, custody will move from the mother to the father once the children reach the age of 11 for a boy and 13 for a girl.

Prior to the ages set out above, the UAE court is able to move custody to father, maternal grandmother, paternal grandmother, maternal sisters, paternal sisters, maternal niece (in that order or precedence) if it is determined that the mother does not meet the criteria for a custodian. Although the statutory provisions set out the guiding principles, the Judge will use his discretion to consider the welfare of the child as the primary concern and make a decision based on the child’s best interests in each particular case. The Dubai Court of Cassation Judgment 252/2006 on 28/11/2006 states that ‘seeing a child is a right of both parents. However such a right must not conflict with the right of a child or the interest of a child, since the interest of a child comes before the interest of parents’.

Under UAE laws, the custodian of the child may not permanently settle the child in another country if it would cause ‘harm’ to the other parent or if the distance between the two countries prevented the non-resident parent from visiting the child and returning home in a day. The mother may lose her right to custody of the children if she settles in another country and the distance makes it difficult for the father to fulfil his duties as guardian. Conversely, the guardian (usually the father) may take the children to live abroad permanently as long as the reason is valid (such as the loss of employment). The mother then has the choice whether or not to join them and settle in that country, where she could continue to exercise her right to be the custodian of young children.

The ability to relocate is regularly of concern to expatriates in the region. It is common for expatriate families to be relocated regularly for employment from one expat hub to the next. When this happens during divorce, or one spouse decides to return to their home country, difficulties can arise. I find that many wives assume that they will be able to travel freely with the children and repatriate if and when they choose irrespective of the father’s wishes. This is not always the case.

Under the laws of the UAE, both parents should seek consent from the other to take their children out of the country. If either parent has concerns that their permission will not be sought for travel, they can obtain a ‘travel ban’ preventing the child from passing through immigration at an airport in the UAE.

Adultery is a criminal offence in the UAE and carries a prison sentence. This applies to the expatriate and local population alike. Convictions for adultery are rare, but there have been several cases in recent years of western non-Muslim expatriates being convicted and imprisoned for adultery, and subsequently deported.

It is essential for expatriates moving to Middle East to be fully aware of the laws that will apply to them, in relation to criminal and family matters. It is a straightforward process for a written agreement to be put before the ‘Reconciliation committee’ of the UAE courts and form the basis of an enforceable agreement. Such an agreement could address the circumstances in which one party may repatriate, or custody, or simply agree the future use of mediation or the courts of an alternative jurisdiction in the event of a dispute. The ability for mediation to be undertaken via skype in the home jurisdiction has greatly widened the scope for settlement of family disputes outside the court arena.

Our lawyers regularly advise on and draft agreements relating to children arrangements, ensuring they are enforceable in the UAE. Contact us today for confidential advice: info@expatriatelaw.com.