A nuptial agreement sets out how a married couple are to own their assets in the event they were to go through a divorce. Common in some jurisdictions, they are not, however, automatically followed by the court in England and Wales.

It was the seminal decision by the Supreme Court in Radmacher v Granatino in 2010 when the English court first decided that a nuptial agreement should be upheld by the court on divorce, providing certain key principles are met:

If the answer is yes to the above, then the court is very likely to uphold the terms of a nuptial agreement.

But does this apply to a nuptial agreement made in a foreign jurisdiction?

Again, Radmacher has the key guidance. Because the English court will be applying English law, the legal status of a nuptial agreement is the same irrespective of where it is made. In Radmacher, the court was considering a German made pre-nuptial agreement that specified that German law should govern the parties’ assets in the future, but the English court did not hesitate with dealing with the parties’ assets on the breakdown of their marriage, applying English law.

So, regardless as to where the nuptial agreement is made, providing the three Radmacher principles above are met, it is likely to be followed in the English and Welsh courts.

Can there be exceptions?

In some foreign jurisdictions, a pre-nuptial agreement is commonplace and generally signed without legal advice about its implications. Would that type of agreement still pass the Radmacher principles if examined under English law?

The answer to this question is more nuanced. Case law tells us that the circumstances of signing the document are exceptionally important and must be carefully examined in deciding whether or not to uphold the nuptial agreement.

If, for example, a party to the marriage entered into the agreement the day before the wedding, and that party did not speak the language in which the document was written, it is unlikely that the individual would be considered as fully understanding the implications of what they were signing, and the nuptial agreement may not be upheld.

On the other hand, an election to a common property regime (such as is usual for marriages in Italy or France) where the parties are both nationals of that country, and which is signed well in advance of the marriage without pressure, it is more likely to pass the Radmacher test, even if legal advice was not taken at the time.

For someone with a foreign made nuptial agreement who may be going through a separation where English law could apply, it is important they take advice early to understand the weight, if any, that will be given the nuptial agreement they have signed.

For married couples moving to England with a nuptial agreement, they, too, should take legal advice to ensure the circumstances of them entering into the agreement would pass the Radmacher principles so they can be confident that their agreement would be upheld under English law.

Oscar Smith advises clients on a wide range of family law including drafting pre- and post-nuptial agreements, cohabitation agreements and declarations of trusts. Known for his calming manner and constructive approach, Oscar is experienced advising clients that have an international element, with a particular interest in cases within the EU.

For more information and advice on divorce and nuptial agreements if you’re based abroad, your may find the below articles helpful: 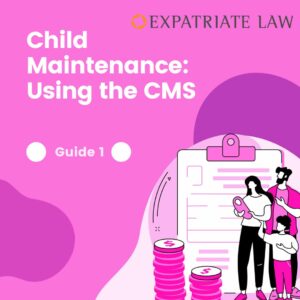 The Child Maintenance Service and how to calculate child maintenance 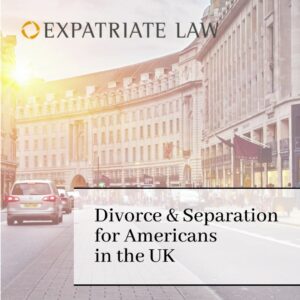 Divorce in the UK for American Nationals