What is an FDR Hearing?

What Happens At An FDR Hearing? 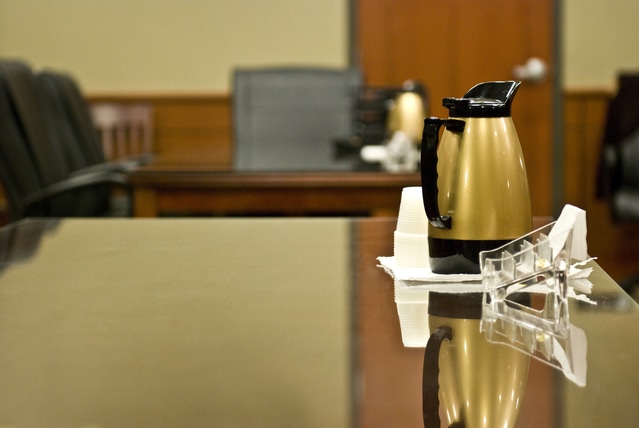 What is an FDR?

The FDR hearing (or Financial Dispute Resolution Hearing) is generally the second hearing that takes place once a party has made an application for a financial remedy as part of divorce proceedings.

Our firm mostly has FDR hearings that take place at the Central Family Court in London. Hearings may also be at courts closer to where one party lives. A list of all courts and their addresses can be found here.

The purpose of the FDR hearing is to facilitate and explore settlement negotiations between the parties, in the hope that an overall agreement can be reached and costly further litigation avoided. The general rule of thumb that family lawyers often advise their clients of is that legal costs can double from the point of the FDR to the conclusion of a final hearing. This unfortunate reality can sometimes help to incentivise parties to fully engage in having a successful FDR, and as such the hearing represents an opportunity for both parties to take an “all cards on the table” approach to the negotiations.

What is ‘Without Prejudice’?

In order to facilitate this approach, the FDR hearing, together with all discussions that take place between the parties’ legal representatives outside of courtroom at the hearing, are conducted on a “without prejudice” basis. This means that if the parties are not able to reach an agreement, then their respective positions and any offers communicated to the other side during the course of the hearing are kept private thereafter (save for any further without prejudice communications), and cannot be referred to at any subsequent hearings, including in the event that the matter were to proceed to a final hearing. Further, the FDR judge will not be permitted to continue with the case following the conclusion of the FDR if the case has not settled, and a new judge will be appointed for the final hearing.

What to do before the FDR

In order for the FDR to be used as an effective forum for settlement, the financial disclosure process must be complete. In other words, both parties should be comfortable that they have a full and detailed understanding of the other’s financial circumstances.

If full disclosure has not taken place, or one party considers that the other has failed to disclose an accurate picture of all of their financial affairs, it can be difficult for settlement discussions to be effective; both parties need to feel that they have the “full picture” in respect of the family finances to as great an extent as possible. Further, the parties legal representatives will be unable to advise them as to what a suitable settlement might look like without the full financial picture.

In addition to disclosure having been dealt with, in the lead up to the FDR hearing, the parties should exchange without prejudice proposals for settlement. These proposals will essentially represent the parties’ starting point to the settlement negotiations.

What happens at the FDR hearing

On the day of the FDR, the parties, together with their respective legal representatives, usually attend court at least an hour before the hearing is listed. Arriving early enables the parties’ barristers to begin the negotiation process and make the most of having the parties together under one roof to negotiate. Generally the parties and their legal teams will be seated in separate meeting rooms within the court building. This means that in practice, the barristers will disappear for discrete chats in the court building’s corridors, relaying their respective client’s instructions before returning to report back.

The hearing may not begin at the exact time it is listed. This is because a judge often has several cases in their list, and the parties must wait to be called in by the judge’s clerk. This waiting time can be used to progress the negotiations, although at this point the parties will not have had the benefit of the judge’s input in their case.

Once the judge is ready, the parties and their legal representatives will be called into court. Both parties’ barristers will make submissions to the judge, setting out the reasons and legal basis on which they consider their client’s position to be a suitable outcome in the case. No other evidence is heard at the FDR and the parties themselves will not have to give evidence or be questioned; all of the talking is left to the barristers and the judge.

After the judge has heard from both barristers and any questions he/she may have had have been dealt with, the judge will give an indication as to what he/she believes is an appropriate outcome in the case and what he/she would order were the case to proceed to a final hearing. The judge may favour one party’s position to the other’s, or their indication could be based on an amalgamation of both of the parties’ positions; it will ultimately based on the judge’s experience of dealing with numerous financial cases, and on the relevant case law.

Following the judge’s indication, it is usual for him/her to ask the parties to return to the courtroom at a set time later that afternoon in order for him/her to hear how the negotiations are progressing. The barrister-led negotiations will then re-commence outside of the courtroom in an attempt to narrow the gaps between the parties, but this time with the benefit of the having heard the judge’s opinion on the case. These negotiations can go on all day, with the parties making further proposals and counter-proposals to reach an agreement.

What happens after an FDR

In the event that the parties are able to agree a settlement on the day of the FDR, the barristers will draft a final order which can then be approved by the judge.

If a settlement cannot be reached, the judge will list the case for a final hearing, usually many months away. However, the conclusion of an unsuccessful FDR does not mean that the without prejudice negotiations cannot continue; it is sensible for the parties to continue to work to reach a settlement between them in order to avoid the costly exercise of going to a final hearing.

If you have been served with papers, and have an FDA or FDR coming up, contact us for advice on preparation for the hearing. As well taking full conduct of the financial remedy process, we offer ad hoc advice for clients choosing to represent themselves. Contact alexandra@expatriatelaw.com for more information.