Are British expats in the UAE subject to Sharia law? 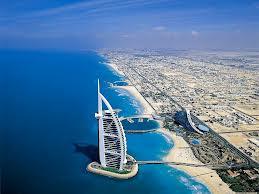 BBC News has reported a Foreign Office warning that any UK expatriates living in the United Arab Emirates who might become parties in divorce or child custody cases there could be subject to Sharia law.

That warning followed the case of a British mother who lost custody of her son to her French ex-husband following a Sharia hearing in Dubai. In February, according to the BBC report, Afsana Lachaux, from London, was found guilty of kidnap charges for failing to attend an access meeting between her son and her ex-husband. She was given a suspended prison sentence.

However, Alexandra Tribe, a solicitor and partner with Expatriate Law, a firm of family law specialists, who is based in Dubai, said:

“It is misleading to say that all Britons are subject to Sharia law in the UAE. UAE laws allow for non Muslim expatriates to apply the law of their home countries within the UAE courts in certain circumstances. When it is not possible to use foreign laws, the UAE family law will apply (Federal Law 28 of 2005 concerning Personal Status). This coded law is based on Islamic Shari’a but has taken into account changing times and modern society in the UAE.  Judges within the UAE courts will use their discretion when applying the law, to ensure that the best interests of a child are met. That being said, it is essential for British expatriates in Dubai to be aware of the laws here that may affect them, so that parenting agreements may be put in place before a move, if required.”

Taken from an article in Family Law Week.