The divorce journey for British expats in Singapore 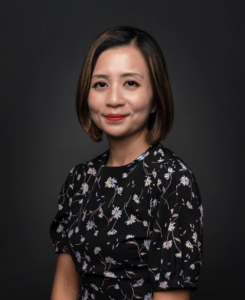 A guide to divorce in Singapore

I. Jurisdiction for Divorce in Singapore

Non-Singapore citizens can file for a divorce in Singapore so long as either party satisfy the jurisdiction requirements. S 93 of the Women’s Charter provides:

Foreigners who have been resident in Singapore for a period of at least 3 years can file divorce proceedings here, even if they are not permanent residents or have no intention to live in Singapore for the long term.

Court adjudication is a common option to resolve financial matters:

a) The Singapore courts have powers to divide assets upon the commencement of divorce proceedings and the grant of Interim Judgment for Divorce.

b) The Singapore courts also have powers to order maintenance (for a former spouse and/or children) upon the commencement of and consequent to divorce proceedings.

Apart from court adjudication, mediation is also a popular option for parties seeking a non-contentious method of dispute resolution. Mediation can take the form of private mediation as well as court-assisted mediation in the Singapore Family Justice Courts.

Foreign divorce having been granted

S 108 of the Women’s Charter states that the rules of private international law are applicable to matrimonial proceedings. Generally, the Singapore court will recognise a divorce that has already been granted by a foreign court of competent jurisdiction under these circumstances:

Thus, parties should not file for divorce in Singapore if there is already a foreign divorce order that would be recognised in the Singapore court.

IV. How does Singapore divide assets?

Consequent to a divorce, s 112 of the Women’s Charter gives the court the power to order the division of matrimonial assets in a just and equitable manner.

Next, the court will then consider all the circumstances of the case and strive to arrive at a just and equitable division of assets. S 112(2) sets out factors that the court will consider, which include:

The factors are not exhaustive and the court will consider all other circumstances of the case. This is, but of course, a very general and broad overview of the court’s approach. Much will depend on the specific facts and circumstances of each case.

For long-single income marriages, it would not be appropriate for the Courts to apply the structured approach under ANJ. In such event, the Court of Appeal has stated in TNL v TNK that the courts will tend towards equal division.

V. How does Singapore determine maintenance?

Pursuant to s 113(a) and (b) of the Women’s Charter, the court has the power to make an order for maintenance of a former spouse during the course of the matrimonial proceedings (i.e. from the date of the filing of the divorce writ) and subsequent to the grant of divorce. Under Singapore law, spousal maintenance orders are generally for the benefit of former wives. In terms of maintenance for a former husband, the court may only order a woman to pay maintenance to her former husband if the latter is incapacitated.

The starting point in imposing the obligation of maintenance is financial preservation. This entails preserving the former wife at a standard of living that she enjoyed during the marriage. However, in recent years, this has been balanced with the need for the former wife to eventually regain self-sufficiency. An order of maintenance is not intended to create a life-long dependency on the former husband. Particularly, in cases of international marriages, the court has cautioned that former spouses should not insist on enjoying an “expatriate” lifestyle which they might have had during the marriage because of the expatriate spouse’s generous allowance. The court will take into consideration the length of the marriage, the former spouses’ earning capacities, obligations and the division of matrimonial assets in deciding how much maintenance should be awarded.

Parties also have a substantive duty under s 127 of the Women’s Charter to reasonably maintain their children during the pendency of the matrimonial proceedings and at any time subsequent to the grant of divorce. This would include, but is not limited to, providing accommodation, food, clothing, and education for the children. The court will consider parties’ means and the standard of living the family was at prior to the commencement of proceedings. This is a liability to be shared between both parents.

VI. A brief overview of how children arrangements are resolved

The overarching principle underlying matters with regard to children is that the best interests of the child must be the paramount consideration.

For children arrangements, the usual approach in Singapore is to award joint custody to both parents, with care and control to one parent and the other parent granted access orders.

In Singapore, custody refers to the control over major aspects of a child’s life. The parent with custody is entitled to decide on all questions relating to the upbringing and education of the child. It is undisputed that children will benefit from having both parents involved in their lives as much as possible. Parents should make decisions together on important matters. For that reason, the court typically make a joint custody order to impress on parents the need for them to put aside their differences and co-parent amicably for the child’s sake.

Care and control refers to the day-to-day care of a child, and the child resides with this parent for majority of the time. The parent not awarded care and control will be awarded access. The access orders may stipulate, among other things, when the child will see that parent, whether overnight access is permitted, and special holiday arrangements.

There is also a duty on the parent with care and control to facilitate access wherever possible. The court has repeatedly stressed that the welfare of the child is of paramount importance, and deliberately alienating the other party from the child because of disputes between parents is not in the best interests of the child.

Another relevant issue for foreigners is the need to apply for relocation of the children out of Singapore to another country when the marriage has been dissolved and/or change in plans that affect their stay in Singapore. The difficulty with parental relocation is that it almost necessarily means that the other parent will suffer a loss of relationship with the child, to a certain extent. The court acknowledges that there is a tension between upholding the primary carer’s freedom to relocate and the child’s interest in maintaining a relationship with both parents. Nonetheless, the guiding principle is that the welfare of the child remains the paramount consideration.

Some of the factors that the court will consider are (a) the reasons for the relocation; (b) education opportunities abroad; (c) family support abroad; (d) how entrenched the child is in his current environment; (e) extent of loss of relationship with the other parent. This is a non-exhaustive list, and ultimately the outcome of each parental relocation application is highly fact-specific.

Parties should also be mindful that taking the child out of Singapore in breach of orders is tantamount to international child abduction. In this regard, Singapore is a signatory to the Hague Convention.

Was this article helpful to you? Yes 1 No

How can we help?