In the cultural melting pot that is the UAE, expatriates of over 200 different nationalities make up over 84 per cent of the population. However, local laws reflect local culture and tradition and are based on Islamic Sharia Law. Expatriates should not be surprised when they find that local law is substantially different to the law of their home country. Alexandra Tribe is an English qualified lawyer at Expatriate law, specialising in divorce in the UAE, separation and other family law matters through the English courts. Here, she discusses the most commonly asked questions relating to relationship breakdown and divorce in the UAE:

1. Where can I start divorce proceedings?

A court’s ability to accept an application for divorce is called its ‘jurisdiction’. For expats, there is usually a choice of jurisdiction in which a divorce may take place. Jurisdictions to consider are that of the husband or wife’s place of birth, the country in which they have lived and settled for a period of time or the local UAE court. The choice of jurisdiction can have dramatically different implications in respect of financial outcome. For example –  a divorce in the UAE courts can mean a dependent housewife and mother is not permitted to seek a share of assets held in her husband’s sole name, and ongoing spousal maintenance is extremely limited. By way of contrast, in English law, the courts have a very wide discretion to redistribute assets and income regardless of the source or strict legal ownership. This creates a perverse incentive to accelerate the decision to divorce, so that the most favourable jurisdiction is secured first.

2. Do I have grounds for divorce?

In most jurisdictions it is usually straightforward to establish grounds for divorce. It is significant to note that in the UAE the grounds for divorce can have serious and possibly unintended implications in respect of children and financial matters. For example, in the UAE adultery is a criminal offence. A finding of adultery can be the deciding factor when it comes to decisions being made about the custody of any children. If the accused is an expatriate, he or she is likely to face deportation and prohibition of re-entry to the UAE. In other countries the grounds for divorce makes little difference to financial and children matters.

The family laws in the UAE have changed in recent years. ‘No-fault’ divorce is now possible in Abu Dhabi.

If the parties are able to reach agreement in respect of the divorce, arrangements for children and finances, the entire process of divorce in the UAE (through the UAE courts) can be concluded within three months. This is quicker than in most western jurisdictions. If the parties to a divorce cannot reach agreement in respect of children or financial matters, the resulting litigation can continue for well over a year or more.

In Abu Dhabi, non-muslims can now divorce in less than a month using the new English speaking court.

4. What is the likely financial outcome on divorce?

The likely financial outcome varies dramatically depending on where the divorce is initiated. Consideration should be given to the division of capital and pensions and the sharing of future income. For example, under UAE law each party simply retains the assets and property held in their names (unless in Dubai where the new laws allow expats to apply the law of the country in which they were married). By way of contrast, English law allows the courts a wide discretion to redistribute assets of spouses during a marriage breakdown, regardless of the origin and strict legal ownership of those assets. Where assets are valuable and located in multiple jurisdictions, fact-specific advice from a specialist lawyer should be sought.

5. What if my spouse refuses to cooperate?

Where one party chooses to be obstructive then consideration must be given to eventual enforceability of an order that might be made by a court, either in the UAE or abroad. There must be careful consideration of the location and value of assets and availability of enforcement mechanisms in the country in which they are situated. For example, a foreign court order ordering the husband to transfer Dubai assets to the wife may not be directly enforceable in Dubai, but assets in the home jurisdiction could still be vulnerable, and the husband might risk having his passport seized upon return to the home country if he fails to cooperate with a court order.

6. Am I allowed to leave the country with the children?

The starting point is that if one parent removes a child from their place of habitual residence without the consent of the other parent, such actions can amount to child abduction. Depending on which country the child is taken to, the parent that left with the child could find themselves being ordered by the court to return the child back to the UAE.

7. My spouse is threatening to leave with the children – what can I do?

8. If we remain in the UAE, how will the living arrangements for our children be decided?

There is difficulty with the enforcement of foreign court orders relating to children who are living in Dubai. For this reason, child matters for expats in the UAE are usually dealt with by the UAE courts. Parents do not share equal parental responsibility for the child in the UAE. Following a divorce, generally speaking, the mother will become the ‘custodian’ of young children, and the father the ‘guardian’. The custodian is responsible for the nurture and care for the child, and for meeting the child’s day to day needs and to have the child live within their home. Unless the court orders otherwise, custody will move from the mother to the father once the children reaches the age of 11 for a boy and 13 for a girl. The court is also able to move custody to the father or other relative if it is determined that the mother does not meet the criteria for a custodian e.g. she has been sentenced for a ‘crime of honour’ or she has an infectious disease.

In Abu Dhabi, the family laws have recently changed to make shared care of children the starting point following separation, if in the best interests of the children.

9. What is a woman’s visa situation after divorce? What are my options?

It is a common misconception that after divorce, a wife’s visa will be cancelled and she must return to her home country. This is rarely the case. There are options whereby a divorced wife can obtain a visa independently from her husband, to enable her to remain living in the UAE. This could be via full or part time employment, or through the setting up of a free zone company.

Changes to the law in the UAE also now allow a wife a grace period following divorce in which to resolve visa issues.

Typical legal fees for an amicable, uncontested divorce range from approximately Dh20,000 to Dh40,000. The costs of a divorce in the UAE are separate to negotiations in respect of reaching a financial settlement and any disputes relating to children.

For more information on divorce in the UAE, please contact a solicitor within our team at info@expatriatelaw.com 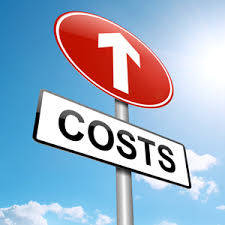 Talking to your Children about Divorce