The End of Fault Based Divorce in England.

The Divorce, Dissolution and Separation Bill will finally allow couples to divorce by mutual consent and not by apportioning provocative blame.

The breakdown of a marriage and subsequent path to divorce is often one of the most distressing and emotional time of a person’s life. As well as the logistics, couples often struggle with the legal process itself. This is especially when both parties must consider why the marriage should be legally allowed to come to an end.

For more than 50 years, couples have only been permitted to divorce when the court has been satisfied that the marriage has irretrievably broken down. In order to establish this, the court requires couples to prove one of five facts. These are:

In order to waive the minimum waiting periods required for three of the 5 grounds, the divorce must be proven by one spouse blaming the other for their behaviour. Whilst ‘unreasonable behaviour’ is often broadly defined by the courts, having to write the statement as the Petitioner is often a difficult task and for the Respondent. This will often include content and statements that they disagree with. For the divorce to proceed, the Respondent will have to accept the Petitioner’s statement. This can cause animosity and further hostility between the two parties, as well as for any third parties including children and the extended family.

What will Change with the No-fault Divorce Bill

However, the Divorce, Dissolution and Separation Bill (known as the no-fault divorce bill) has concluded its journey through Parliament. It has been given royal assent last month and should become law by Autumn 2021 and be practicable towards the end of the year.

The Bill was previously criticised as a tool for enabling “quickie divorce”. However, the timeframe for divorce will still remain the same. The parties will still have to apply for both Decree Nisi and Decree Absolute prior to the divorce being finalised. This is a process of up to 6 months even for the most amicable divorce.

What Effect will this have on Divorce?

Ultimately, the purpose of the Bill is to allow couples who no longer want to be married to be able to bring a formal end to their relationship without having to resort to blaming each other for the breakdown. The change in legislation will bring England and Wales in line with countries such as Australia, Canada and Germany, which have had no-fault divorce implemented for decades without seeing any significant rise in divorce rates compared to those of the UK.

This article was written by paralegal, Summer Balfour. If you wish to read more about how to divorce or where to divorce as an expat, please read more articles from our Advice for Expats library. 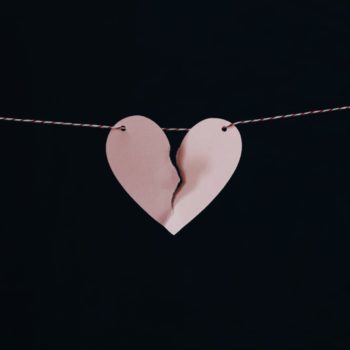