Divorce Reform: The End of the Blame Game?

After many years of campaigning, the government have decided to reform the current divorce laws in England. They do this in an attempt to remove the criticised allocation of blame to one party when initiating divorce proceedings. The proposed reforms have come about following a recommendation to the government by the Supreme Court to review divorce laws after the highly publicised case of Owens v Owens. In this case, the husband contested the unreasonable behaviour particulars alleged to have led to the irretrievable breakdown of their marriage. The Supreme Court were bound by the rigid and arguably outdated divorce laws and thus forced to rule that the husband’s defence to the wife’s allegations were justified. Therefore the wife’s application for divorce did not meet the threshold to prove that the marriage had irretrievably broken down.

The subsequent Consultation Paper produced by the Ministry of Justice recommended that the system remove the adverse placing of blame on one party. This would reduce the acrimony and conflict that so often occurs in family proceedings. The government announced in early April 2019 that reforms would take place as soon as parliamentary time allowed, and the reforms would yield to no longer have to prove fault in order to get divorced. It has been called a move to end an “unnecessary blame game” by Justice Secretary David Gauke.

Under the present rules, the applicant in divorce proceedings is required to prove that the marriage has irretrievably broken down by virtue of evidence under 1 of 5 “facts”. These are adultery, unreasonable behaviour, desertion, two year’s separation (with consent), or five year’s separation (without consent).

The two-stage process between Decree Nisi and Decree Absolute will be retained. However, an opportunity to apply jointly for divorce will be introduced alongside the option for one party to initiate the divorce on their own. In the latter situation, a party will not be able to contest the application for divorce by the other.

The practicalities of divorce under the current law have led to severe delays, with it taking nearly a year to obtain a Decree Absolute. The proposed reforms aim to introduce a mandatory timeframe of 6 months, from petition to Decree Absolute.

Mixed Reactions to these Changes

The proposed reforms have had mixed reactions. Campaigners with more traditional values have seen the proposals to undermine relationships and the seriousness of the institution of marriage by simply making divorce easier. In a statement made by Andrea Williams, Chief Executive of Christian Concern; she said compared “no fault” divorce to “no reason” divorce. Ms Williams accused the Justice Secretary of “tearing down” the life-long commitment of marriage and claimed that change in the law would make life “chaotic” for children.

However, campaigners have also welcomed the change, claiming that it embraces the modern and more fluid nature of relationships that weren’t compatible with the rigid, fifty-year-old divorce laws. Aidan Jones Chief Executive of Relate charity claimed that the changes would be beneficial for children. Mr Jones stated that under the “blame game” system, parents struggled to co-parent, often leading to a breakdown in parental relationships that is more likely to have an adverse effect on the children involved.

What do these Changes Mean?

The proposed reforms have been the subject of some controversies because of changes in relation to maintenance. The government have indicated that there should be a five-year bar on the ability to receive periodical payments. For families with young children, this proves to be a significant problem. Where, for example, a mother is the primary carer of young children, all under the age of 5; she is denied support from her ex-spouse after 5 years, and yet still responsible as their primary carer until all the children attain the age of 18.

The success of the reforms is entirely dependent on the “availability of parliament” to debate, agree, draft and impose the new legislation. With Brexit delays making headlines on an almost daily basis, we are yet to see the effect that the reforms will have on family proceedings. However, it cannot be denied that in an area of law so fundamentally rooted in everyday life and relationships; continuous development and re-examination of the law is key.

The everchanging nature of society and the way we look at relationships needs to be reflected in legislation that governs the ways in which family’s function on an everyday basis. In particular, that legislation needs to sensibly govern the fallout of relationships during some of the most trying and emotional periods of people’s lives.

This article was prepared by Fleur Claoué de Gohr, paralegal at Expatriate Law. Fleur can be reached by email at fleur@expatriatelaw.com or by telephone on 00442030061665. 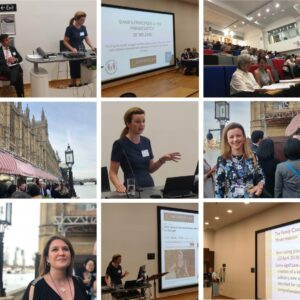 The Repercussions of Family Breakdown Abroad