Bigamy is the offence of marrying someone whilst already being married to someone else. Polygamy is the practice of having more than one wife at a time. In some Islamic countries such as the United Arab Emirates and Saudi Arabia, it is permitted for a man to take more than one wife. In England, it is a criminal offence to get married for a second time, without dissolving the first marriage.  Cultural differences, and differing laws from one country to the next, can make polygamy a confusing issue. You may be unsure if your second marriage is allowed, especially if you were married in an Islamic country, but now live in a country where polygamy is not permitted.

When will a Polygamous Marriage be valid?

However, a polygamous marriage which has taken place in the UK, will not be recognised. A polygamous marriage will also not be recognised as legally valid, where there has been a religious ceremony but no accompanying civil ceremony. If a second legal marriage takes place in England, without the first marriage being dissolved, this is bigamy. Bigamy is a crime under English law, punishable by imprisonment. Many people assume that their marriage will automatically be dissolved after a period of separation. This is not the case. To bring an end to a marriage legally, you must apply for a divorce, however long you have been separated.

Divorce after a Polygamous Marriage

Divorce where marriage is not legally recognised

In some situations, Islamic marriages in England are not recognised unless registered. Whilst you will be able to have a religious divorce, you will not be entitled to a legal divorce in England and Wales. This means that the law will treat you as a separating unmarried couple . However, there are a number of remedies which you can seek in respect of both finances and child arrangements as an unmarried couple.

If you own property with your spouse, you may be able to make an application under the Trusts of Land and Appointment of Trustees Act 1996. You can apply for this relief even if the property is in your spouse’s sole name. The court is able to decide issues such as whether the property should be sold, and if so, what portion of the proceeds should go to each party.

Speak to one of our specialist international family lawyers if you have any questions or concerns about a polygamous marriage. We will give you free initial advice on the telephone to summarise your rights and entitlement. 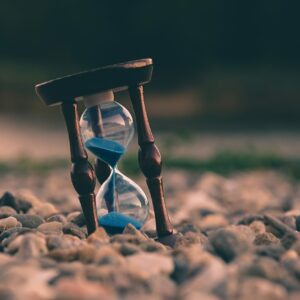