Sonny is a Partner and Head of the Singapore office of Expatriate Law where he acts for British expatriates and conducts their family proceedings through the English courts.

Sonny qualified to practice as a solicitor in England & Wales in 2006. He provides English family law advice to a range of British expatriate and international families.

Although based in central London throughout the earlier years of his career, Sonny was instructed by clients  remotely from locations around the world. It was Sonny’s record of success in contested jurisdiction cases and his interest in cross-border family law which led to him joining Expatriate Law.

From 2014 to 2016, Sonny was seconded by Expatriate Law to work within Al Rowaad Advocates in Dubai. During that time, Sonny worked closely with local UAE lawyers and Advocates and advised British expats in respect of the interaction between English law and UAE law.

Sonny has extensive experience dealing with the following matters: high net worth divorces, jurisdiction – domicile of origin and the acquisition or loss of a domicile of choice, choice of forum, financial provision after overseas divorce, recognition of foreign marriages and divorces, cross-border enforcement of financial orders, negotiating and drafting multiple jurisdiction prenuptial postnuptial and separation agreements, the relocation of children across international borders.

Sonny is a solutions-driven negotiator and is keen to help his clients emerge from the legal process with their finances and their dignity intact – particularly where there are children involved. However, if reasonable agreement cannot be reached, Sonny has detailed experience of conducting litigation in the London courts.

1. Represented a Singapore-based senior partner of a Magic Circle commercial law firm within divorce and financial remedy proceedings through the English courts.

2. Represented a Singapore-based tech entrepreneur with assets Located in London, New York, Paris and the Bahamas.

3. Represented a spouse from a high-profile family with assets located in Dubai, England and Mexico, a 7-figure annual income and complex business interests. Discreet, constructive and strictly private negotiations leading to a negotiated settlement.

4. Contested choice of forum proceedings between England and Singapore. Sonny successfully secured English jurisdiction for a client based in Singapore where the spouse was based in Jakarta and key assets were based in England.

5. Secured financial provision in England in excess of £1.2m using Part III of the MFPA 1984 for a client who had otherwise been left with nothing following a divorce in Dubai.

6. Assisted a client based in Singapore to obtain permission to proceed in England with an application for financial provision using Part III of the MFPA 1984, following a Singapore divorce.

7. Successfully contested a flawed attempt at securing English jurisdiction for a New Zealander client based in Abu Dhabi, where the majority of the assets were based in New Zealand.

8. Drafted a multiple jurisdiction, multi-million pre-nuptial agreement for a couple with connections to England and Hong Kong, where the wife brought the wealth into the relationship.

9. Instructed by a client based in Brunei to negotiate the return of his son to the UK when the other parent initially would not provide consent. Sonny co-ordinated advice across the 3 relevant jurisdictions in play.

10. Obtained a globally-effective injunction to protect a wife from digital harassment by her ex-husband after he had been sending abusive emails to her work colleagues and social media contacts. The English court ordered that service by email would suffice to make the order effective.

12. Conducted a successful Notice to Show Cause application to hold the other party to the terms of an agreement reached between solicitors.

Sonny has a wide range of positive reviews from clients. 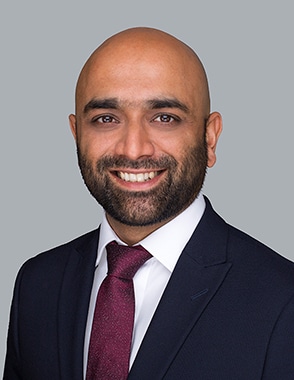